Our Board of Directors

The day-to-day running of Southern Water is led by an Executive Leadership Team, which reports to our Board of Directors.

Keith Lough joined Southern Water and was appointed as the company’s Chairman on 1 August 2019.

Keith has extensive experience in the natural resources and energy sectors in both finance and leadership roles, including as finance director for British Energy plc between 2001 and 2004 during a period of major restructuring.

In addition, Keith served as non-executive chairman of Gulf Keystone Petroleum plc following a successful debt restructuring. Immediately prior to his appointment to the Board of Southern Water, Keith was a non-executive member of the Gas and Electricity Markets Authority (Ofgem) where he was chair of the Audit and Risk Assurance Committee, having served on the board since 2012.

Keith holds non-executive directorships in a number of oil and gas companies, including at Hunting plc as senior independent director, Cairn Energy plc and Rockhopper Exploration plc. Keith holds a MA in economics and MSc in finance and is a Fellow of the Association of Chartered Certified Accountants.

Lawrence brings significant experience to the Board having worked in the water sector for over 30 years. He has a track record for successful operational and capital programme delivery and a wealth of experience delivering major infrastructure programmes, asset management, customer service and operational transformation alongside the provision of impactful and inclusive strategic leadership.

Since his return Lawrence has driven Southern Water to introduce integrated strategic business planning and embrace innovation. He has instigated programmes to integrate and optimise our asset management, digitise operations and adopt proactive analysis to prevent failure. He is passionate about health and safety and is driving cultural transformation across the business.

Prior to his return to Southern Water, Lawrence spent 12 years at Thames Water in a variety of senior executive and leadership positions. Notably he was Managing Director for Wastewater and subsequently Chief Operating Officer with accountability to keep 4000 colleagues and contractors safe while also quantifiably improving their environmental performance, reduce leakage and increase wastewater customer service.

Lawrence gained a first-class honours degree in Engineering before starting his career as a graduate at Southern Water. He is a Non-Executive Director at Highways England where, amongst other things, he chairs their health and safety committee.

He has held a number of senior finance positions, including CFO at the aviation services company Swissport, and CFO at the Data Communications Company (DCC). DCC is a regulated monopoly energy supplier, implementing a £4bn secure data and communications network to enable Smart Metering.

Nad has also held Finance Director roles at British Airways and BT. He is a member of the Institute of Chartered Accountants of Scotland (ICAS) and holds a BA in Accounting and Finance from the University of Strathclyde Business School. 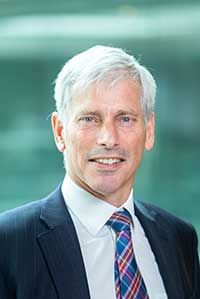 Paul Sheffield joined the Board in June 2014 and was appointed as Senior Independent Director in July 2015. Since 1 April 2019, Paul has been acting Chairman following Bill Tame’s departure. He is a Fellow and Senior Vice President of the Institution of Civil Engineers and is also a member of the Supervisory Board of BAM Group in the Netherlands. Paul is also a specialist adviser to the Board of Manchester Airport Group, working on their £2 billion capital programme at Manchester and Stansted Airports.

In his executive career, he spent over 32 years with Kier Group plc — the construction, services and property group. Graduating as a Civil Engineer in 1983, Paul spent 15 years working on major capital projects around the world, before taking responsibility for a number of business units within the Group. Paul was on the Group Board for 10 years and served as its chief executive officer between 2010 and 2014. Between 2014 and 2017 he headed up the construction operations for the European and Middle Eastern business for Laing O’Rourke Services, delivering some of the biggest capital projects, such as Crossrail, Hinkley Point C Nuclear Power Station and major capital projects in the water industry.

Through his various roles in business leadership, Paul has gained significant experience of strategy, productivity innovation and efficiency and the vital role that ethics plays in determining the long term success of an organisation. 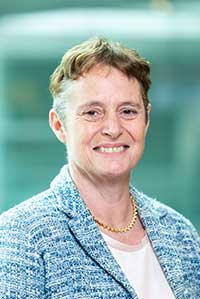 Rosemary is a non-executive director of Impact Healthcare REIT plc, a UK care home real estate investment trust that is listed on the London Stock Exchange. In May 2019, she was appointed as a non-executive director of Urban&Civic plc, a London Stock Exchange listed master developer. She is also a Trustee of Green Alliance, the environmental think tank.

Previously Rosemary was the chief financial officer of Future Cities Catapult, one of a network of technology and innovation centres established by the UK Government. She has also worked at Circle Housing Group and was involved in setting up the government-owned Low Carbon Contracts Company and Electricity Settlements Company.

From 2001 to 2011 she was group finance director of the Carbon Trust, the independent company set up in 2001 to work with business and the public sector to accelerate the move to a sustainable, low carbon economy. Prior to that, she worked for 16 years as an investment banker, primarily advising large listed UK companies on mergers and acquisitions. 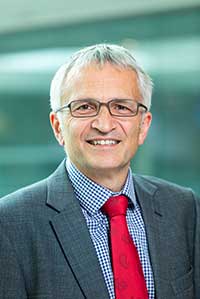 Mike Putnam joined the Board in September 2017.

A Chartered Engineer and a Fellow of both the Institution of Civil Engineers and Royal Institution of Chartered Surveyors, Mike has over 25 years’ experience leading and managing multiple businesses across development and construction. He is known for his values-based approach to leadership. Mike has since successfully transitioned to a plural career with a portfolio of Non-Executive Directorships, including currently serving on the boards of Network Rail, Arcadis NV and Bazalgette (Tideway) Tunnel Ltd.

Mike was President and CEO of Skanska UK between 2009 and 2017, responsible for a business with circa £1.8 billion revenues and 6,000 employees. Prior to this, he was Executive Vice President and main Board Director from 2001, as well working across the group as a non-executive director on some of the international boards. Throughout Mike’s career he has been closely involved with the successful delivery of many high-profile projects and programmes.

Externally, Mike has been very active on the built environment change agenda, working with government and industry as a member of the Construction Leadership Council on the Industrial Strategy & Sector Deal. He has also been chair of the Green Construction Board; a member of the CBI Construction Council, influencing the future direction of the industry and linking into Government; and a non-executive director of the Association of Consulting Engineers.

Gillian joined the Board in November 2018. Since July 2010, she has been Chief Executive Officer of the independent charity Citizens Advice.

She served as a non-executive board member and Chair of the Audit Committee of the National Audit Office and a non-judicial member of the Sentencing Council for England and Wales. Gillian was awarded a CBE in the New Year’s Honours list in 2015. 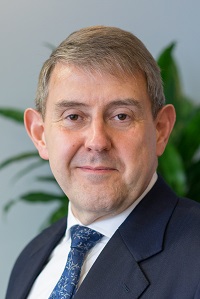 Malcolm Cooper joined the Board and was appointed as Chair of the Audit Committee on 23 December 2019.

He is an independent member of the Audit Committee of Local Pensions Partnership Ltd. He was previously a non-executive director of St William a joint venture between National Grid and Berkeley Group plc to build homes on brownfield sites.

He is a Past President of the Association of Corporate Treasurers and was a member of the Listing Authority Advisory Panel of the FCA.

Will joined the Board in September 2021.

Will joined Macquarie in 2007, and works in the Utilities team covering Europe.

Will has been involved in key asset management initiatives including regulatory resets and refinancings for several utility assets, a consensual restructuring of National Car Parks, separation and transition of EP Infrastructure and Czech Gas Networks, and the disposal of Viesgo.

Will has a Bachelor of Science in Economics and Politics from the University of Bristol, UK. He also holds a Master of Finance from INSEAD Business School, France.

Mark joined the Board in September 2021.

A Chartered Engineer, and a Fellow of the Institution of Engineering and Technology, he has 33 years of experience in the energy utility sector.

Previously Mark was CEO at Green Highlands Renewables, the UK’s leading developer of run-of-river hydro-electric schemes, and prior to that he began his career and spent 26 years at the North of Scotland Hydro Electric Board which subsequently formed part of SSE plc, where he was the MD responsible for electricity networks business. He was also recently a non-executive director at the Smart DCC company responsible for the role out of the central infrastructure of the UK smart metering roll out, and is a past chair of both the Energy Networks Association, the trade association and EA Technology, a leading company in energy innovation

Mark has a Bachelor of Engineering in Electrical and Electronic Engineering from Heriot Watt University, Edinburgh.

Steve joined the Southern Water Board in May 2022.

Steve has over 20 years’ experience of managing and transforming infrastructure businesses latterly as Chief Operating Officer and a board director of FTSE100 United Utilities. He has a degree in Management Studies and a Master’s in Engineering Management from UMIST and also holds a diploma in Advanced Management from Harvard University. After leaving education, Steve trained in utilities operations working across water, electricity, and latterly high-pressure gas pipelines. He became a director of Bethell Group where he worked to establish them as a leading player in the energy services sector prior to joining United Utilities in 2005 to run the global outsourcing division Energy and Contracting Services working across the UK, Europe and the Middle East. External appointments: Steve is the CEO at Cadent Gas.

He has held similar roles in a number of listed and private companies and brings a wide experience of legal and governance matters.

He holds a law degree and an MBA and is a qualified solicitor.